Image may be subject to copyright

History of the Inn

History of the Inn at Folkston

Learn about the history of the inn at folkston

For several years Ted and Alease Kelly (natives of Jacksonville, FL) had planned to run a bed and breakfast some day. After visiting the Inn at Folkston in the Winter of 2012, they fell in love with the Inn and the Innkeeper, Janis. They were pleasantly surprised to learn the Inn was for sale and immediately realized this was meant to be their home and a place for them to serve the many guests that would come. By Summer 2013 the Kelly family (including daughter, Mariah) moved in to become the new Owners/Innkeepers.
Janis Richtmyer and Bill Whitaker owned the Inn from 2006 to 2013.
When Former Innkeepers Genna & Roger were first considering moving here, Folkston had no bed and breakfast, and according to the Chamber's executive director, there were many residents who thought the town needed one. In fact, there was an elderly lady selling a large home right down on Main Street...would they be interested in seeing it? The rest is history. Folkston would soon become their new home. After quickly selling their home in Virginia, Roger and Genna began a year's restoration of the 12-room 1920s heart-pine bungalow, working with contractor Bob Archer of nearby Blackshear, Georgia. In February of 1998, they opened Folkston's first and finest bed and breakfast.
When Roger and Genna purchased the house in 1997, it was 75 years old and had been home to nine previous owners. During that time, the house went through numerous structural changes at the hands of its many owners. The original heart pine of the interior of the home had been covered with plush carpeting, wallboard, dropped ceilings and paneling, and the window and door trim had been painted white. The exterior consisted of vinyl siding and shutters, and the porch railing had disappeared. In restoring the house, Roger and Genna made every effort to restore the home according to historic preservation guidelines.
Image may be subject to copyright 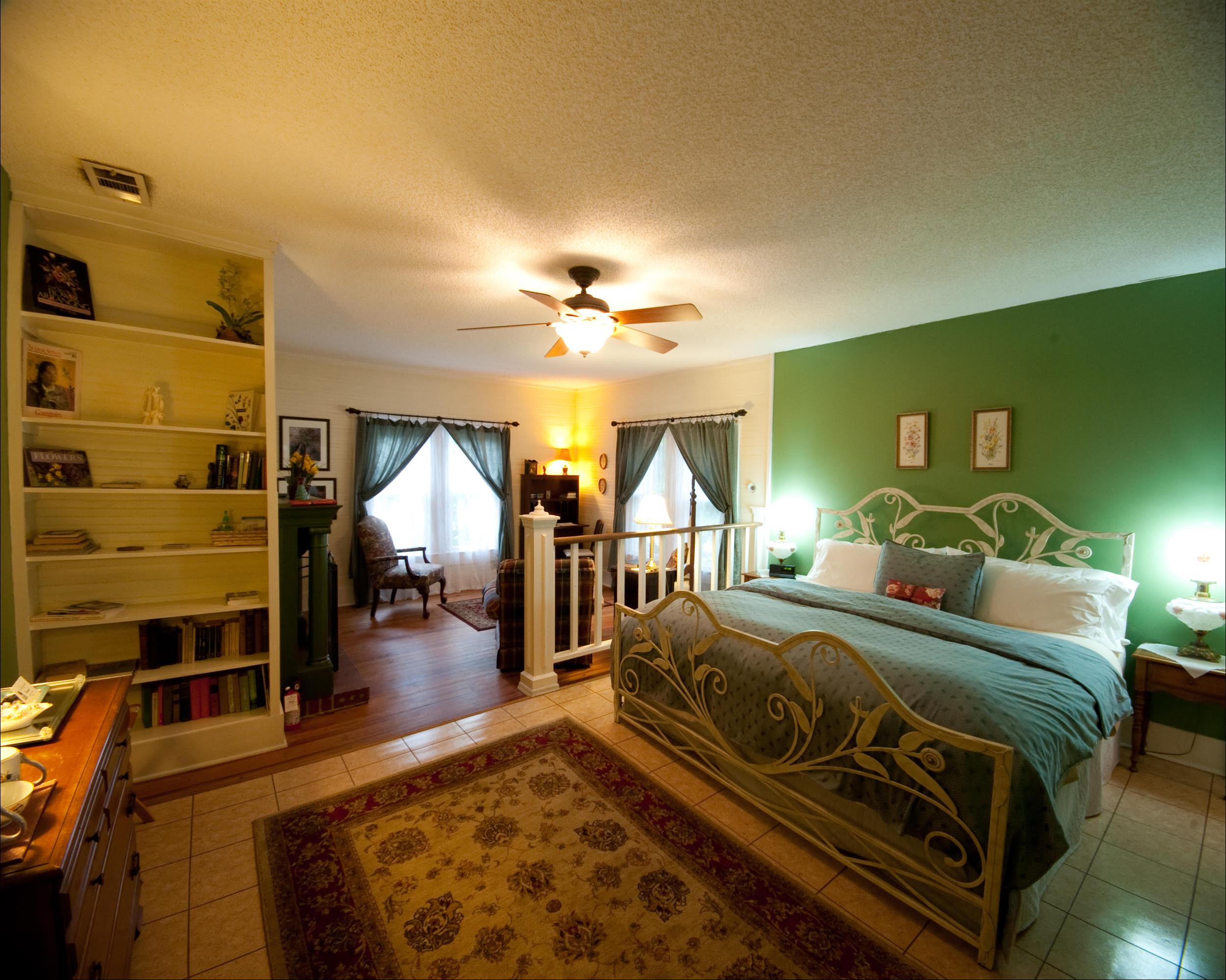 According to courthouse records, the property on which the house stands was sold on May 26, 1922 to Ed Shiver, a Folkston carpenter/builder, who erected a house on the property. On August 13, 1924, he sold the house and property to the Georgia-Florida Investment Co., owned by James Vernon Gowen, a prominent citizen of Charlton County. James Vernon Gowen's family had resided at Traders Hill on the St. Marys River since his father, Andrew Green Gowen, came from South Carolina in 1864. In 1920, J.V. Gowen built a large home for his family on a hill overlooking the road between Folkston and St. George. This family home at Traders Hill still stands, but it is abandoned and the land is somewhat overgrown, making it difficult to see from the road. Today, Gowen descendants live in newer homes adjacent to the old family home.
Image may be subject to copyright 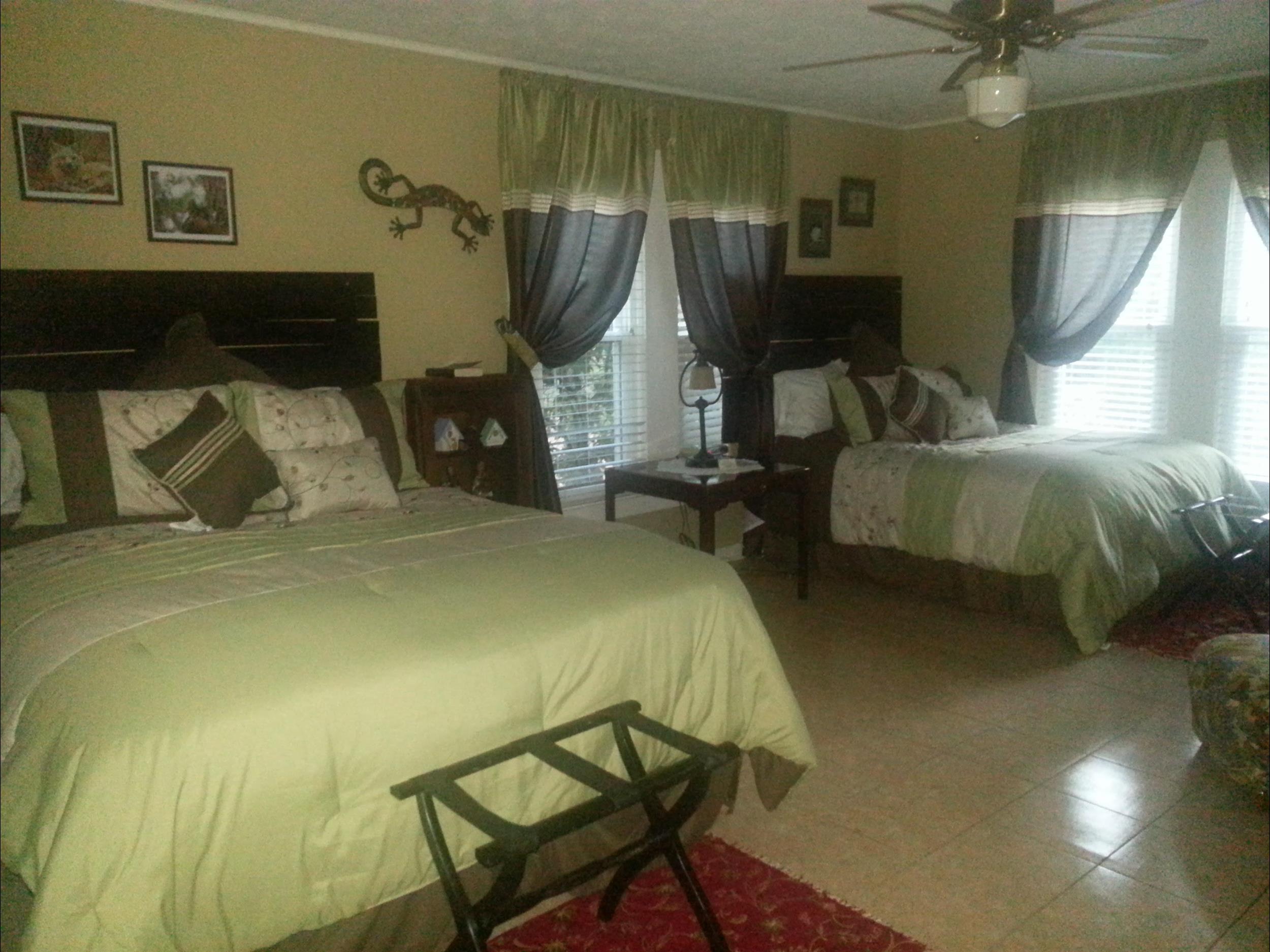 J.V. Gowen purchased the Main Street house as a second, in-city home for when his children were attending school in Folkston. The Gowens had nine children, eight boys and one girl. The Gowens were well known and active in the community. J.V. Gowen formed the Georgia-Florida Investment company in 1910, and his business grew into one of the county's largest and most successful businesses. The company operated a sawmill, turpentine still, and related timber products, as well as a commissary at Traders Hill. Over the years Gowen acquired over 30,000 acres of land at Traders Hill. The Gowens lived on and off on Main Street for the next 28 years. After that time, the house changed hands frequently. In August of 1952 the house was sold to the Bragg family. Elizabeth DeVane and her husband Howard bought the house in February, 1959, and Ms. DeVane converted the old servant's quarters into a schoolhouse. Many local people recall attending Ms. DeVane's kindergarten class between 1959-67.
The Whitakers (perhaps a distant relation to Bill Whitaker ??) lived here from 1969-1975, and they reported the presence of a ghost, a woman in a plaid dress, who appeared in the stairwell to the second story. Apparently, the ghost is that of Rachel Templeton, a teacher who was a former resident. Allon Boatwright, currently of Valdosta, spent many boyhood hours in the house when the Flinks bought the house from the Whitakers and moved into the house in 1976. He recalls putting a chair in front of the attic door to ensure that the ghost did not come into the upper room bedroom of one of the Flink children.
Image may be subject to copyright 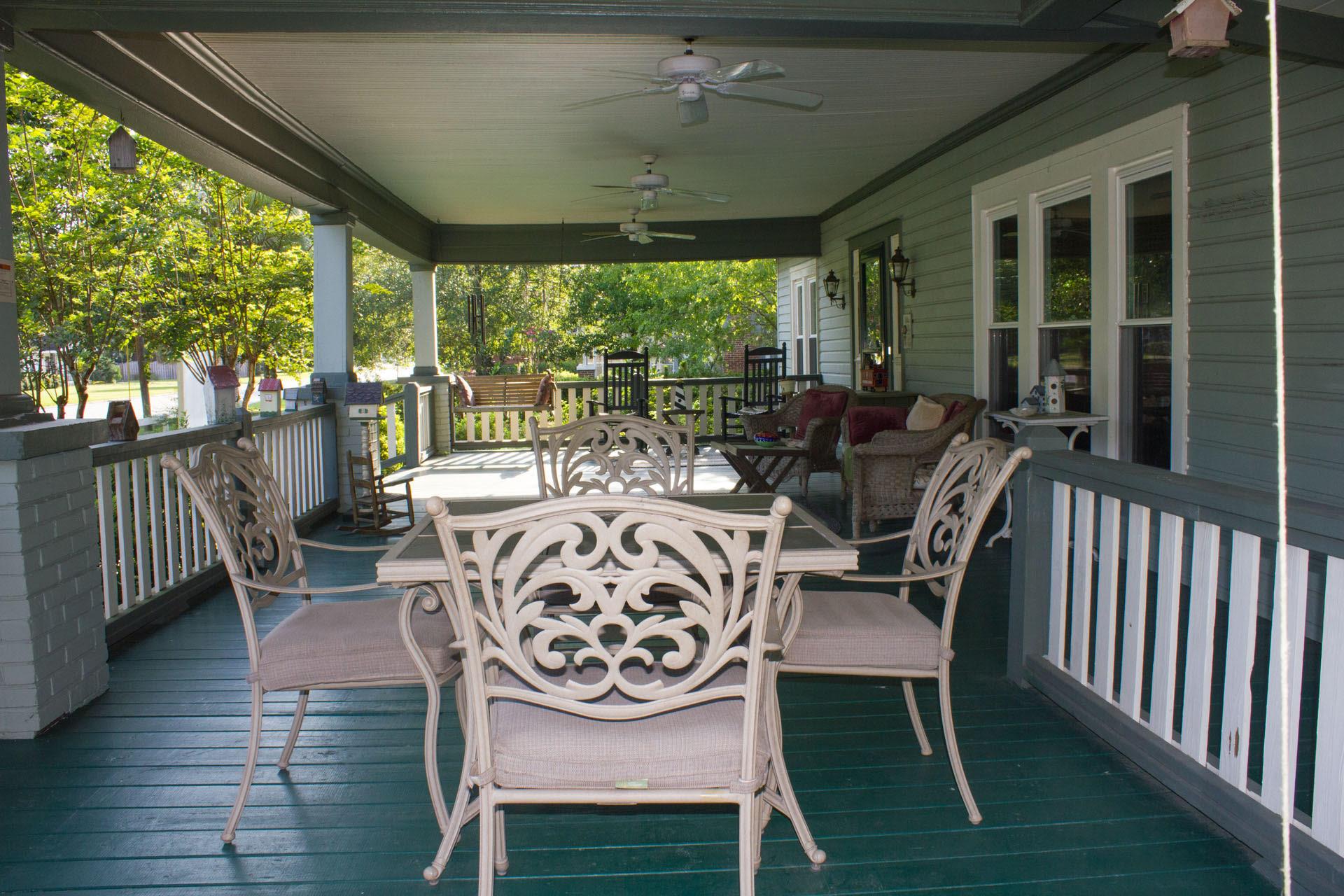 Mrs. Flink owned a bakery in the old hotel on Main Street called "Ye Olde Bakery," and they lived in the house for nine years. When Virginia Stacks purchased the house in 1985, she remodeled the house by installing vinyl siding, carpeting and wallboard. By removing a wall between two bedrooms she created a poolroom with dropped ceilings and large fluorescent lights. During restoration, the bedrooms' dividing wall was rebuilt in the original location to create Hanna's Norway Room, and the other bedroom was converted into the bathrooms for Hanna's Room and Michael's Room. The Stacks removed the back porch, and added two rooms to the back of the house, India's Oriental Room and the inn's workroom, as well as the small side porch. The Stacks had moved from Jacksonville when their home was torn down during the building of the I-95 highway over Dames Point. She brought many things with her from the old house. The kitchen cabinets were moved here and rebuilt to fit the kitchen. She replaced the bannister and rails to the second floor with 100-year-old ones she brought with her. The original bannister and rails were found in the garage and used to build the railing in Sarah Jane's Garden Room.